Using Video Evidence in a classroom to review learning.

Actually the video will help review what the teacher is doing. It is difficult to observe learning using a fixed video camera. It is difficult to video the children working to be able to understand their learning with a camera that is trained on children. Also sound is never easy to capture without having to mic up all those taking part.

But the best we can do with some quite simple apparatus and techniques is described below. 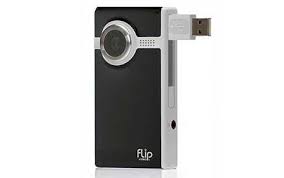 Flip cameras, there are alternatives available, can be placed on a shelf, reasonable high up, and aimed at the teacher. The camera is fixed and will capture video and sound quite well. It will not filter out extraneous noises so a teacher talking over a noisy class will not be heard too well. It may be that seeing the futility of one’s efforts to talk over a noisy class is enough in itself to get us to reconsider the conditions needed to give effective instructions to a class!

One can set the camera running and teacher the lesson. Typically around 30 minutes can be captured. The camera is very simple to use. Just press the go button and it does what it says on the tin.

The video can be simply downloaded onto a computer and viewed.

The best set up for the process of analysis is to work in triads, groups of three teachers of similar status who are seeking to understand the impact of their teaching and to improve. It is a very different process of judging a lesson using Ofsted criteria. If that was the intention then a live observer is needed.

The teacher who has delivered the lesson would write down, preferably before the lesson, in as much detail as possible what the learning intended was to be. You will be writing this for other teachers and the detail needs to reflect his. The language will probably be considerably more complex that the kind of things you may write as learning objectives/outcomes which you share with children. The detail needs to be such that the viewers of the video can see if the delivery meets the following four elements:

S  – Simple. Is there any thing that could be taken away from the teacher’s expositions or is there anything that should have been added to improve the chances of quality learning?

M – Memorable. What techniques were used to make the learning memorable? How effective did they seem to be?

E – Engaging. What evidence is there that the children were engaged with the learning? Not just compliant an ‘on-task’, but actually learning? This is hard to judge from a video which is aimed at the teacher. But it is worth making some attempt to do so. It is this factor that will determine, eventually, how good the lesson was.

After viewing and discussing the video evidence it would be valuable to sample the written work achieved by the students. The normally ephemeral evidence from student answers and student questions will have been captured on the video and provides some feedback to the teacher. The written material when analysed against the stated learning intentions is powerful.

Then it is just the ‘simple’ matter of the teacher working out how to improve given the, often, quite stark video evidence. One has to be very sensitive as video evidence is very powerful and will not always show you in the wonderful light you hold yourself. Use with care.