Year 7 French Lesson using OTP Techniques
Following 3 sessions on our OTP course, I decided to use several of the techniques we had discussed whilst teaching my Y7 French group. The group are middle to high ability.
The objective of the lesson was to learn 10 pieces of vocab to discuss sports and activities and then to apply previous class knowledge to create a speaking grid combining the new vocab.
I used a vrai/ faux system, as shown to our OTP group by our colleagues at Katherine Lady Berkley. The students all had a vrai/faux card as well as a little sheet as shown below. I introduced the vocab in statements saying’ Les échecs means snap’ and ‘le basket means basketball’. The students hadn’t met this vocabulary before so had to guess, and then had to note down their answers to refer back to later. 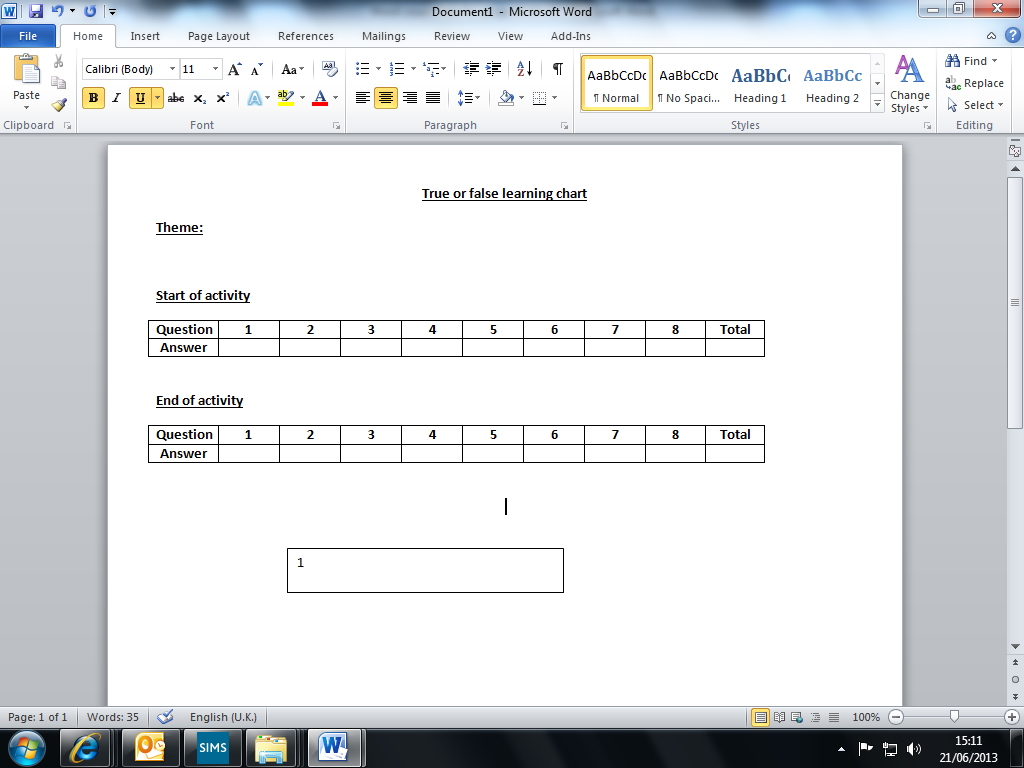 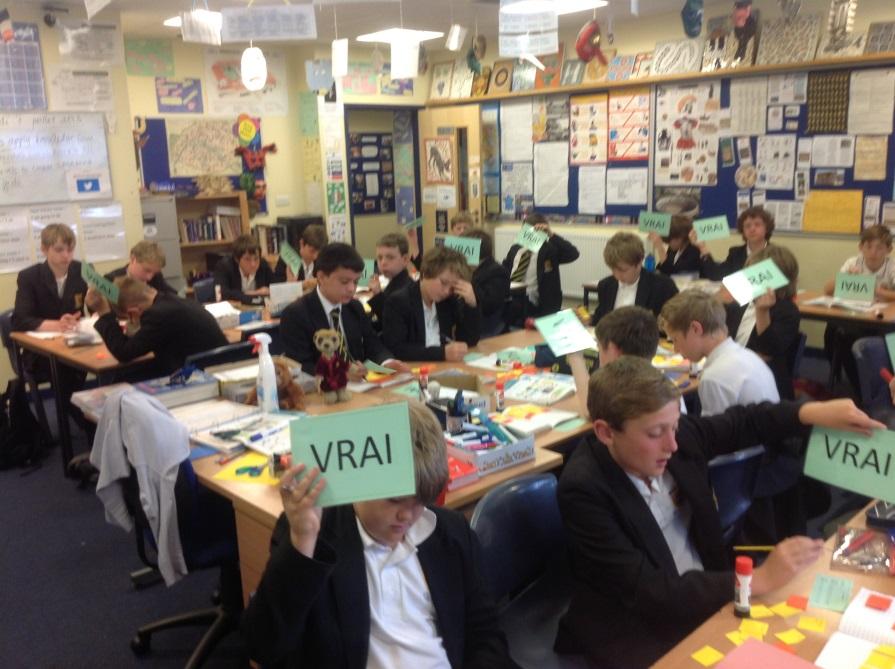 I then asked the students to look at the pictures of the vocab in their textbooks and discuss the meanings with their partners, looking at cognates, near-cognates and picture clues. Following this, I said new vocab in English, and the class had to shout out the French translation. We then went over the pronunciation. 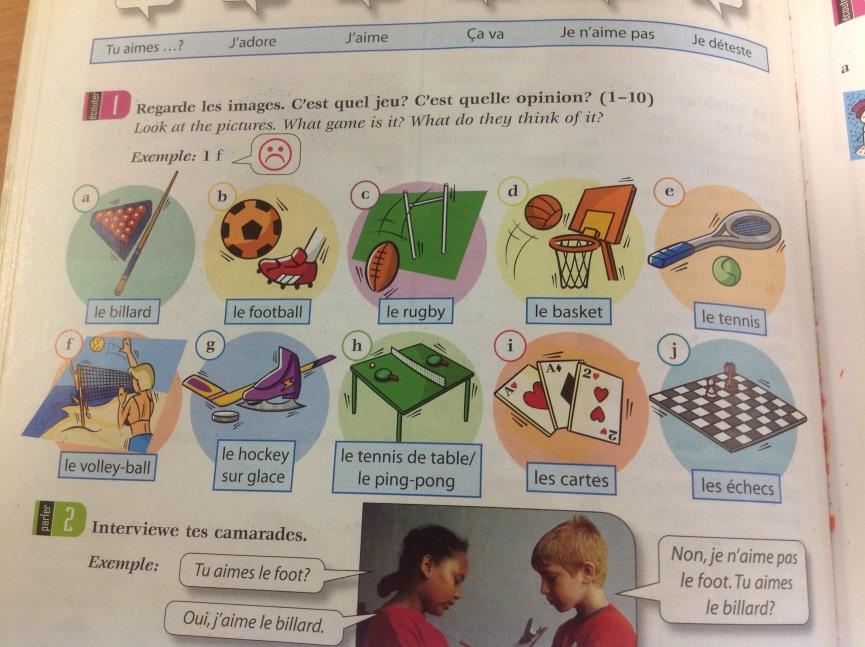 For the next step, I gave out blank orange cards and gave the students 5 minutes to create vocab cards with the 10 new words – French on one side and a simple picture on the other.
The students then used these cards to test each other.
After they had finished this, I told the students to consider the orange cards as the backbone to a speaking grid. I then asked them to consider what they could use from previous class work to build a speech around the orange cards. I asked them to discuss this with their partners and then did ‘no hands questioning’ feedback to get ideas of what they could include. I then drew this on the board using yellow cards as my extra links. 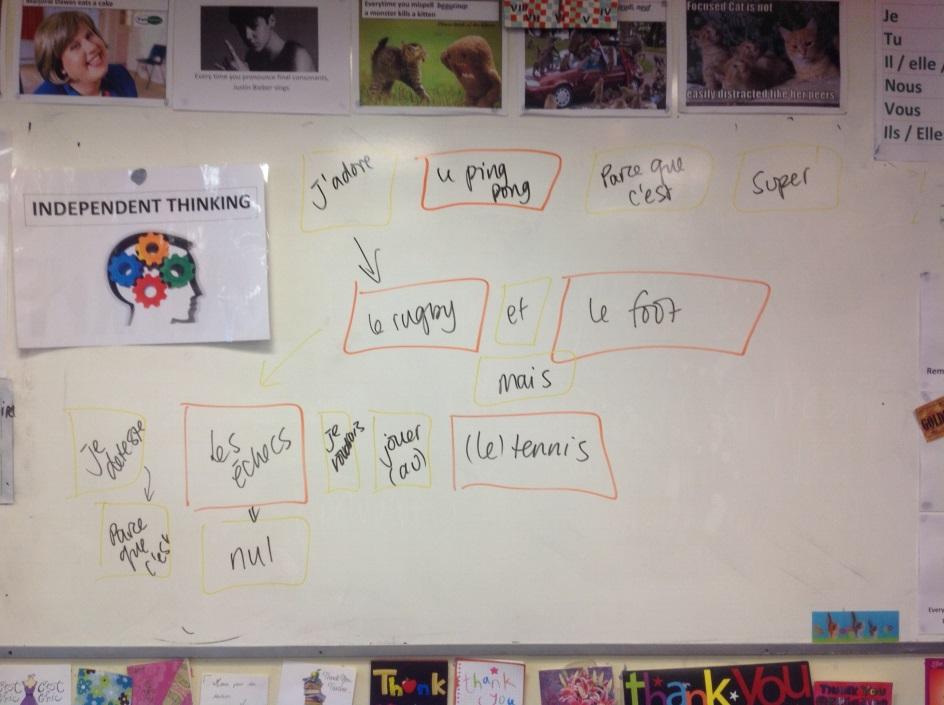 Students were then given brief but concise instructions to create a speaking grid using the 10 new pieces of vocabulary on the orange cards and to add any extra speech they may need on the yellow cards. They were told that each grid needed to clearly signpost the speech and that they needed to aim for a 4A in terms of content (students know that this means using reasons and opinions, connectives and extra detail).
Immediately, several hands went up, but I pointed to the sign on the board and told the students it was ‘independent thinking time’ and that I would answer any questions in 5 minutes.

Whilst the students started to make their grids, I observed the class from a distance, occasionally asking questions such as ‘is that clear?’ ‘What could you add to improve this?’ ‘Can you see a spelling  mistake?’ 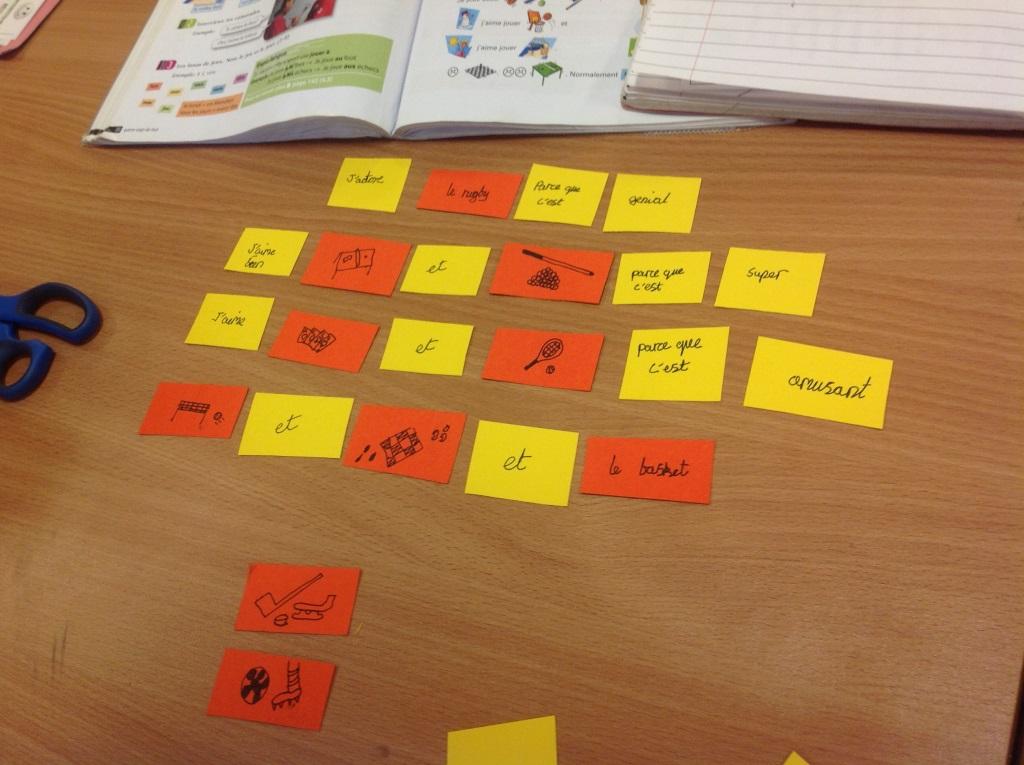 After 5 minutes, I asked if there were any questions. From the 10 or so hands which had shot up at the beginning of the activity, only 1 student needed some guidance and this was on a spelling – I therefore referred him to the dictionary.
I found that students, who would usually really struggle, were coping extremely well and were referring back to previous work in their exercise books. I also found that the students were setting themselves suitable challenges by deciding whether to use their orange cards the vocabulary or picture side up.
Whilst observing the groups, I also took pictures of good examples of the speaking grids with my iPad and then emailed them to myself. I then stopped the students again to look at the examples on the board and questioned them on WWW.HTI. 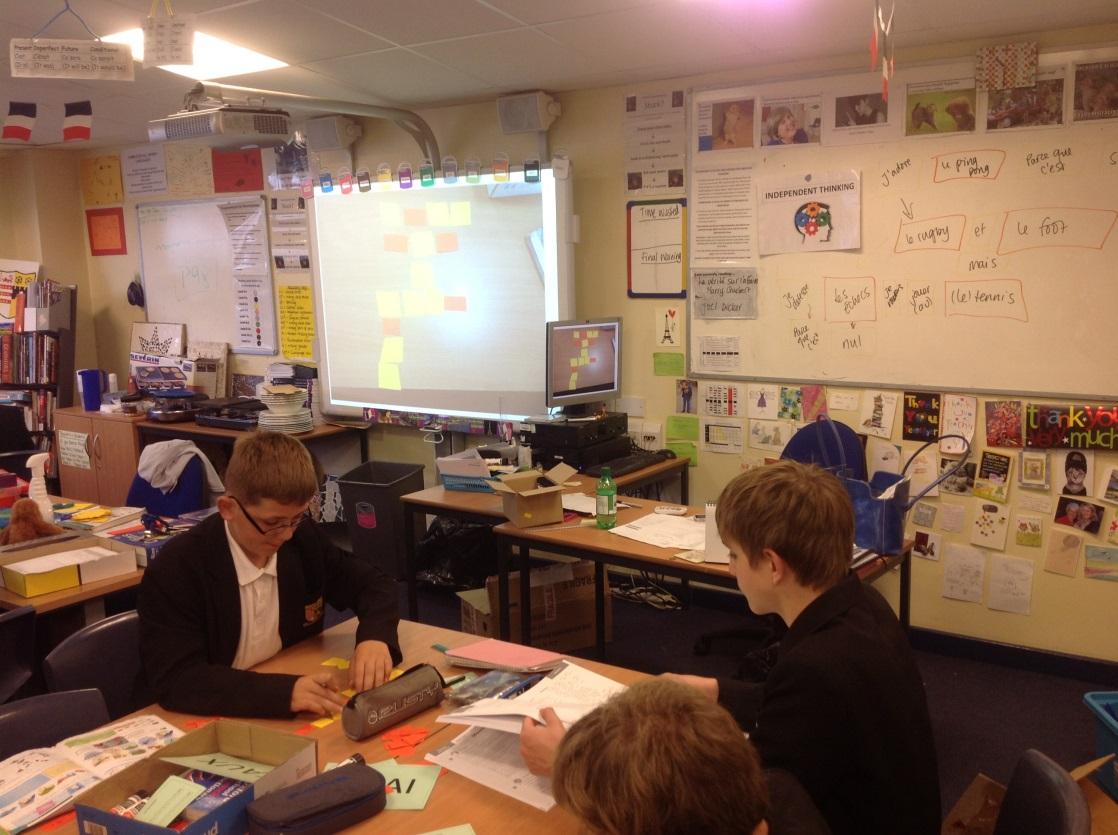 Afterwards, the students had a few more minutes to make their final grid and stick it into their books. They then had to say their speech to their partners. Using a random name picker, 2 students were selected to also say their speech to the class and got feedback with www.hti.
Finally, as the plenary, we repeated the vrai/faux exercise and the students recorded their progress on learning their new vocab over the course of the lesson. 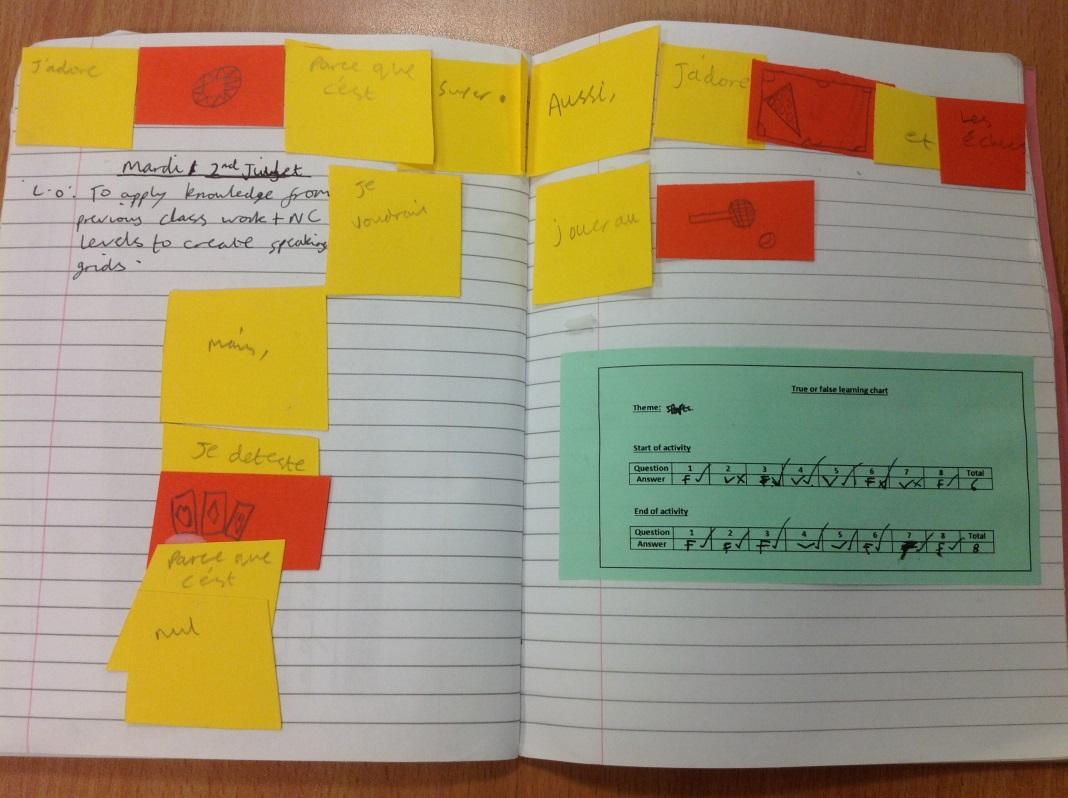 I was very pleased with the learning in the lesson – all students knew the 10 pieces of vocab by the end and also had applied previous knowledge to create their speaking grids. I was also impressed by how well the students worked independently and how they set their own level of challenge by deciding whether to use the vocab or picture side of their cards.